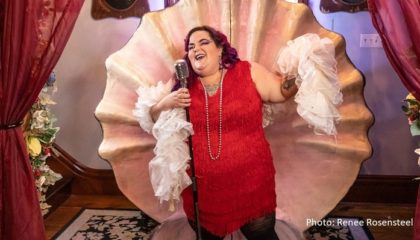 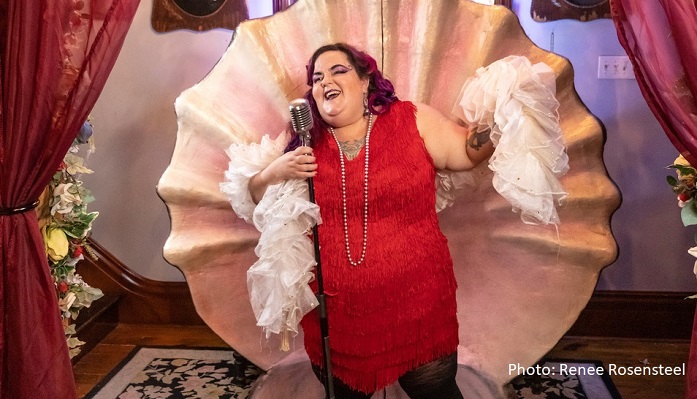 Phat Man Dee works as a vocal coach to young people through two musical programs, the We Rock Workshop, directed by Liz Berlin of Creative Life Support, and the Afro American Music Institute, directed by Dr James Johnson and his wife Pamela Johnson, currently celebrating 40 years in existence. She has been awarded a “Love My Neighbor” grant from Neighborhood Allies to support her all-ages, community-oriented monthly jam session “Tune It! Tuesdays” which occurs every third Tuesday at Black Forge Coffee House.

Phat Man Dee has been called a jazz provocateur, and she sings & duets her original compositions and eclectic repertoire of standards in English, Spanish, French, German, and Hebrew. Her performance range is just as wide, spanning opera, theater, and burlesque. From blues to folk, from opera to indie, Mandee’s range is nothing short of breathtaking.