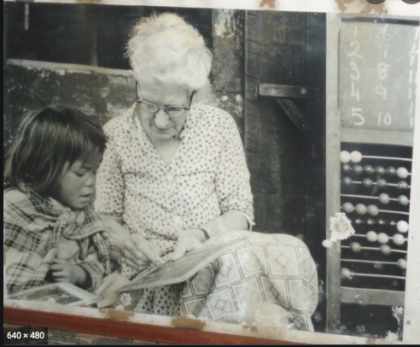 Every September, Founders Day is celebrated in the Khasi Hills. We’ve been asked about the founding many times by curious congregation members, “how did Unitarianism become a stronghold in this very rural remote part of India?” It wasn’t a ”sure thing- “ the religious history of these hills has many plots, secrets, and pathways. The Khasi-Pnar people historically encountered many different faiths, but they were not thankful passive recipients, but rather argumentative, skeptical, questioning people.

Our Unitarian story starts with Kissor Singh, who, until the age of twenty-five, was a questioning member of the orthodox Welsh Calvinistic Methodist Church. Young Singh had reached classic Unitarian convictions, through his own questioning and doubts, and had begun appealing to others to see their merit, without knowing that anyone else in the world thought as he did. In 1890, at the age of 25, he was told by a Hindu reformer about the Unitarian minister, the Rev. C. H. A. Dall, then working in Calcutta, to whom he wrote, obtaining a copy of William Ellery Channing’s works. He was inspired! He began a church In Jowai with just one woman and two men; the first church service was September 18, 1887. Soon enough, the Jowai church flourished, becoming strong enough by 1889 to build a church. By the end of 1899, Singh had 214 followers.

The Khasi Unitarians were helped by early American generosity to print a Khasi hymn-book, in which were over one hundred Unitarian hymns, many translated by Kissor Singh. There were also readings and prayers. This was their early compass and it guided them for many years.

The Khasi Unitarians were progressive in another way: in August 1893 the Jowai church opened a free school, under a woman teacher, who started with about twenty girls and boys. Two years later the school had grown to four teachers and about sixty students. This elementary school was free and classes were taught in the Khasi language.

Later, in 1938, when Annie Margaret Barr, the founder of the school we partner with went to the Khasi Hills, she said, “though only a small group, they have most of the things necessary for growth and progress – loyalty, enthusiasm, and a simple and beautiful faith, left to them in clear and intelligible form by the genius of their founder.”

Fast forward to today, when there are over 35 churches in the Khasi Hills, which is the fourth largest community of Unitarians in the world. To celebrate their heritage, a month of Founder’s day events honoring Kissor Singh takes place annually. During the month, Khasi Unitarian ministers visit each church household. People cook together, dance, and take part in sporting competitions. Sunday schools have debates and exams. Finally, on the 18th of September, the anniversary of the first Khasi Unitarian church service in 1887, there is a large gathering with talent and variety shows, and a 2-mile torch procession thru the villages.

We, too, are grateful to Kissor Singh’s vision, which has enabled our partnership with a loving Khasi community of Unitarians. They continue to have “the “things necessary for growth and progress – loyalty, enthusiasm, and a simple and beautiful faith.”

Conversations with the Sacred
A Collection of Prayers